Benefits of Vaping Over Smoking Cigarettes

Benefits of Vaping Over Smoking Cigarettes

Not long ago, smoking was ubiquitous. In the 1980s, for example, teachers could smoke in classrooms. Eventually smoking was relegated to the teachers’ lounge and then banned. 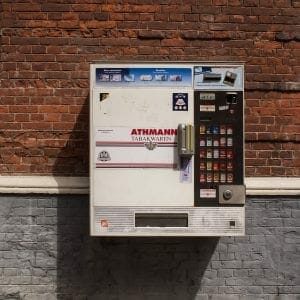 Cigarette vending machines were in bars and grocery stores. Restaurants had smoking sections within the last twenty years.

What changed? Why do we now see far fewer people smoking?

Part of the answer lies in the serious medical risks associated with smoking but it goes beyond this. There are health benefits of choosing vaping over smoking.

In addition to health risks, cigarettes come at a higher price financially and socially.

History of Cigarettes and Vaping in the US

While cigarettes have been around for centuries, they became popular in 1919 during WWI. Women took on smoking in the 1920s and from this point on smoking was as normal as drinking coffee or chewing gum.

In the 40s more than half of men smoked with women not far behind. Despite the Surgeon General announcing the link between cancer and cigarettes in 1964, people continued to smoke.

Nicotine is addictive, making smoking a hard habit to break. But there’s more.

Cigarettes are a popular appetite suppressant. People use the rush of the first drag to calm nerves and, for decades, it was a sign of coolness. Cigarette breaks are a social time when those who didn’t smoke felt left out.

But just like we don’t tan with baby oil anymore (hello, skin cancer!) cigarette smoking has fallen out of favor in recent years. What’s taking its place? Since 2011 vaping has seen a surge. Fewer high school students are smoking cigarettes and vape instead.

In fact, vaping is a proven way to quit smoking. And many people want to quit smoking because of the very clear risk of developing cancer and other life-threatening illnesses. While cigarettes definitely cause cancer, vaping has not been found to do so. It may not be the most healthy habit, but it’s far better than smoking cigarettes.

There are three ways in which the benefits of vaping far outweigh the risks of smoking cigarettes: health, finances and lifestyle.

Smoking Provides No Health Benefits as Opposed to Vaping

One of the biggest benefits to vaping is the reduced risk to overall health. Used as a smoking-cessation strategy it can also improve overall health.

Cigarettes don’t just cause cancer. They can also increase the risk of heart attack and stroke. Most people know this but may not understand just how dangerous the risks associated with cigarettes are.

The Centers for Disease Control keep extensive data on smokers and their health in the long and short term. Currently, more than 16 million Americans have a smoking-related disease. For every smoking-related death there are 30 people with a significant smoking-related illness.

Smoking-related illnesses include COPD, which degrades quality of life and lifespan significantly, along with chronic bronchitis. Smoking cigarettes also increases risk for serious, chronic conditions including weakening the immune system.

But it’s not simply smokers who are at risk, and this is one of the scariest risks attached to smoking. Second-hand smoke is also deadly. While it does not lead to as many deaths as smoking, 41,000 nonsmokers die a year. Additionally, 400 infants die.

The children of smokers are more likely to die of SIDS and experience developmental delays, respiratory illness and chronic conditions. 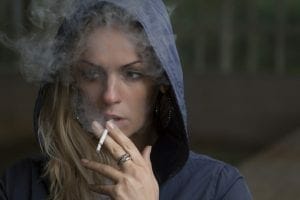 Finally, new research shows that gene mutations in smokers may be passed to their children making it easier for children to develop smoking-related cancers later in life.

Vaping is not without risk but the risks are far less. They are also controllable. For example, being careful to clean a vape and use it according to directions can avoid most of the risks related to vaping.

As an aid to stop smoking, the risk is negligible compared to those connected to smoking cigarettes. Vaping products like the popular naked 100 have not been shown to lead to cancer. There is no evidence that second-hand vapor is problematic. Thankfully, children who are around vaping have not developed adverse health conditions.

It is too soon to assess genetic/hereditary conditions however the fact that children do not seem to have adverse reactions to living with those who vape, signals that it is highly unlikely that there will be future genetic and hereditary complications.

While the health benefits of vaping over smoking make it the clear choice, there are downsides to smoking beyond physical health. One of the most compelling is the financial health of the smoker.

Interestingly, though, it’s not just about the cost of buying cigarettes versus buying a vape and pods or whatever system the vaper uses. There are additional costs connected to smoking that simply don’t happen with vaping.

The Ohio State University did a deep study of the additional costs of smoking cigarettes. Here are these costs, proving the significant benefits of vaping over smoking.

Smokers are also found to earn an average of 7.5% less income than nonsmokers.

Because they are spending more per year with the annual cost, earning lower wages and losing at least an additional $4,340 they also lose out on savings and the interest earned on those savings.

The study from The Ohio State University found that smokers have the potential to lose $1.5 million over a lifetime, which significantly effects things like retirement.

Smokers are less healthy and take a serious financial loss. But there’s another downside to smoking that should be considered.

While the medical link has not been found, smokers are more likely to suffer from clinical depression than nonsmokers. People who suffer from depression can live full, enriching lives but before getting it under control the emotional toll is significant.

Feelings of isolation, increased anxiety and loss of energy and sex drive are all related to depression. Each of these takes a toll on the life of the smoker.

It doesn’t end there. One of the biggest benefits of vaping is that it won’t put a crimp in your sex life. That’s right: smokers have a harder time dating.

As of 2019, 14% of Americans smoke. A vaping company surveyed 500 singles and found that ⅔ of nonsmokers won’t date a smoker. In fact, only 5% of smoking singles say they prefer a partner who smokes.

What’s the reason even smokers don’t want to date others who smoke? They don’t find it attractive and think it reflects poorly on a person’s character. They perceive smokers to have unhealthy habits.

Vaping is less of a deterrent to singles according to a survey of 1,000 singles by Inogen, a company producing portable oxygenators.

Looking specifically at people who say they would not date a smoker, 17% of those say they would date a vaper. The benefits of vaping definitely outweigh those of smoking when it comes to dating.

In addition to dating, there are other lifestyle matters to weigh.

Vaping is much more acceptable in public than smoking, primarily thanks to the fact that it doesn’t leave stains, burns and odors.

Some states have outlawed driving while smoking cigarettes, but vaping while driving is still allowed. And, luckily, won’t depreciate the value of your car to the tune of thousands a year!

While some states have lumped vaping and cigarettes together, there are plenty of places where vapes do not fall under the same rules. Bars and restaurants are often vape friendly. Vapers don’t have to miss out on good times by standing outside in the cold, snow or rain.

Vaping Has Benefits Over Smoking

Whether looking at benefits categorically or on the whole, it’s clear that vaping is the better choice than cigarettes.

Cigarettes claim lives. Those dying from cigarettes are not only the smokers, but also those exposed to second-hand smoke. It also causes chronic health conditions, causes and increases the risks of cancer, damages every organ and even mutates genes risking future children.

Cardiovascular illness is already the largest killer of American women and disproportionally affects Black americans, but vaping has not been found to have negative effects on cardiovascular health.

Chronic respiratory illnesses are pretty much a given for smokers whereas vaping does not appear to lead to these illnesses.

Smoking cigarettes around children is especially dangerous and has been found to increase the chance of Sudden Infant Death Syndrome.

In addition to not causing cancer and other fatal health conditions, vaping benefits your wallet. Over a lifetime smoking can lead to a loss in $1.5 million of potential savings and interest. Over $4,000 are spent annually on things like health, insurance, product replacement.

The value of real estate and cars depreciate more than $2,000 each year. This is a substantial financial hit.

Outside of physical and financial health, cigarettes affect emotional and mental health. More smokers are diagnosed with depression and anxiety. They feel stress related to perceptions and experience significant obstacles when it comes to dating and relationships.

Clearly the benefits of vaping, once known, make it the wisest choice when it comes to being a smoking cessation aid or substitute for smoking cigarettes.